A Content Security Policy (CSP) lets developers improve security by putting restrictions on what resources can be loaded on a page. For example, a CSP can only allow requests from certain domains, or block inline script tags.

Developers can also specify a URL that the browser can send reports to if a page attempts to load a blocked resource.

If browser extensions load resources which are blocked by the CSP this can create noise in the error reports.

A CSP can be specified using a content-security-policy HTTP header on the document or using a meta tag.

Here's an example of a strict Content Security Policy that only allows resources to be loaded from the same origin as the document. It uses the report-uri directive to make the browser generate reports when a resource is blocked.

How often do extensions cause CSP reports?​

With the strict CSP shown above, 19 out of 1009 tested extensions (1.9%) caused a report. With a weaker policy used on the Apple homepage only 14 extensions (1.4%) attempted to load resources that were blocked.

However, most of these errors for the first 6 extensions are caused by blocked font loading, where Chrome repeatedly tries to load the font. So this very high number of errors seems to be a Chrome issue. 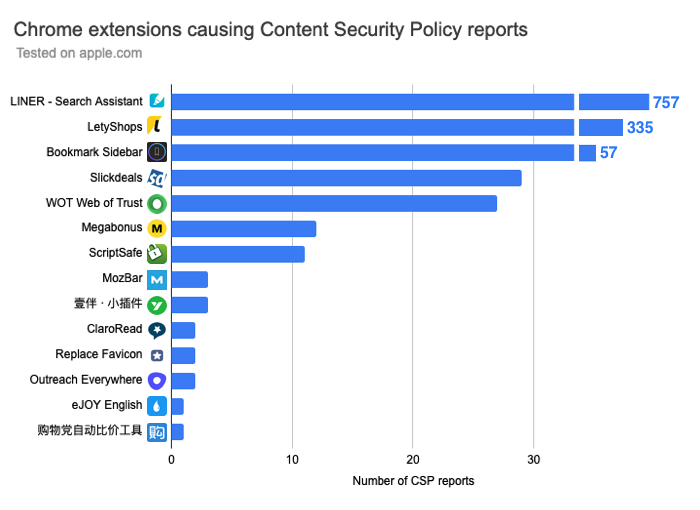 Give the large number of CSP errors, if a report-uri is specified a lot of CSP reports requests are made. 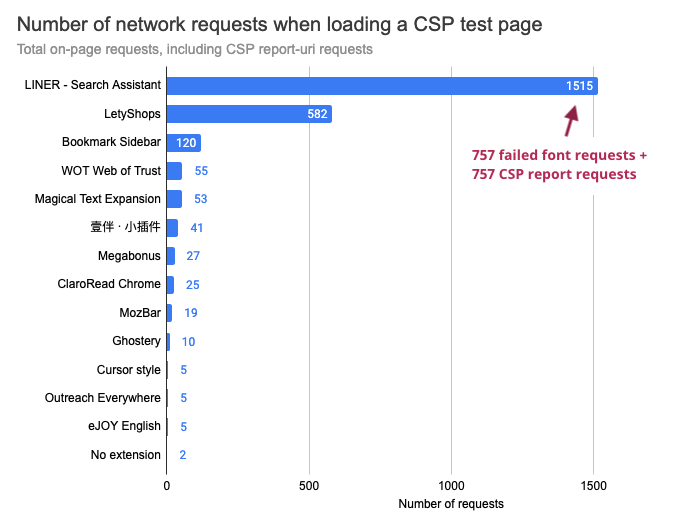 The most common blocked resource types are fonts and stylesheets. 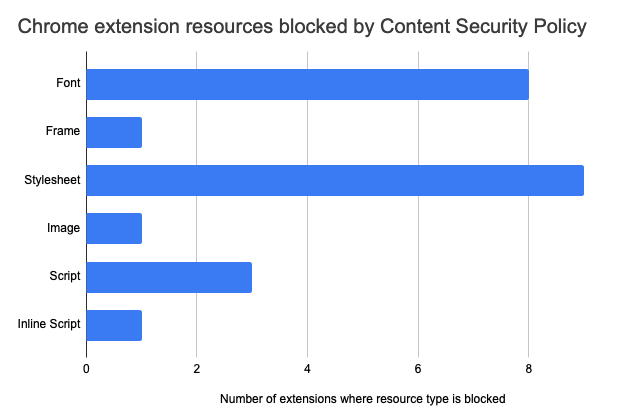 For example, LINER first successfully loads a CSS file from Google Fonts, but loading the actual font is then blocked.

It's not clear to me why Chrome attempts to load the font over 700 times. 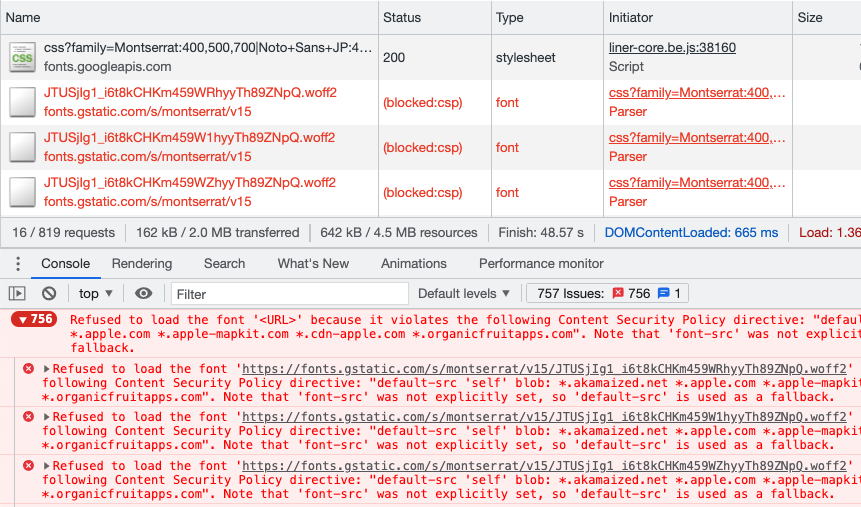 Instead of causing CSP errors by introducing new resources, ScriptSafe actually modifies the CSP and blocks all scripts.

In the case of MozBar an embedded iframe is blocked.

When do Chrome extensions cause CSP reports?​

Chrome extension content scripts are normally somewhat isolated from the rest of the page.

Let's say we want to load a Google font on a page with a strict Content Security Policy.

If we just paste this code in the DevTools console then the stylesheet request will be blocked.

However, if we change the context to that of an extension the stylesheet loads successfully. The font request triggered by the stylesheet is blocked though.

As another example, let's take a look at inserting a script from an extension. At first this works fine, even though the page CSP is blocking inline script tags.

But if the inserted script itself is injecting another script tag then the CSP applies and blocks the script.