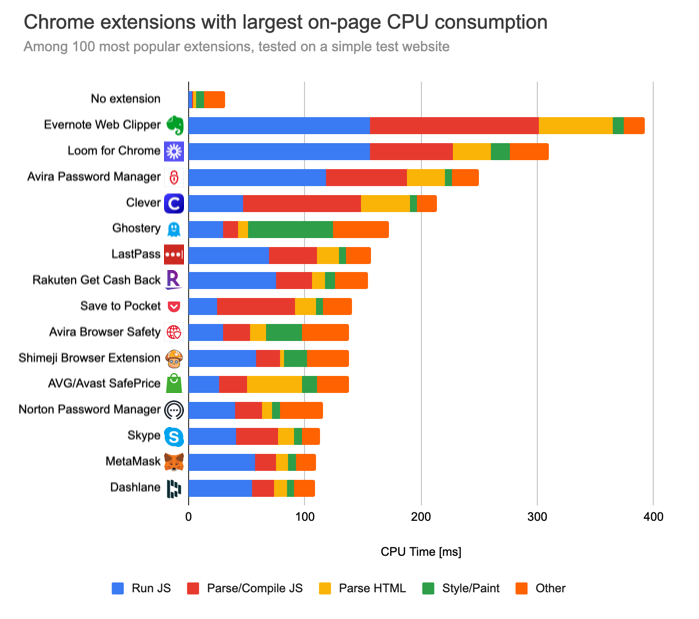 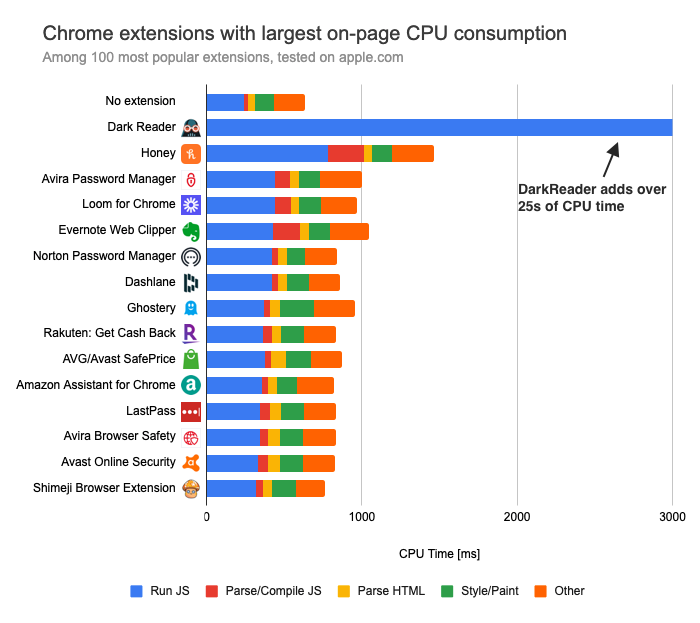 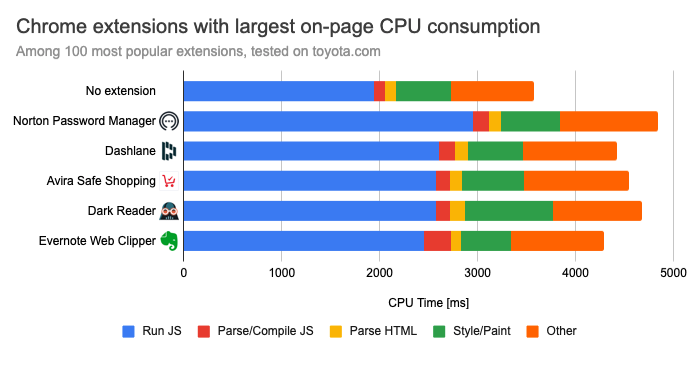 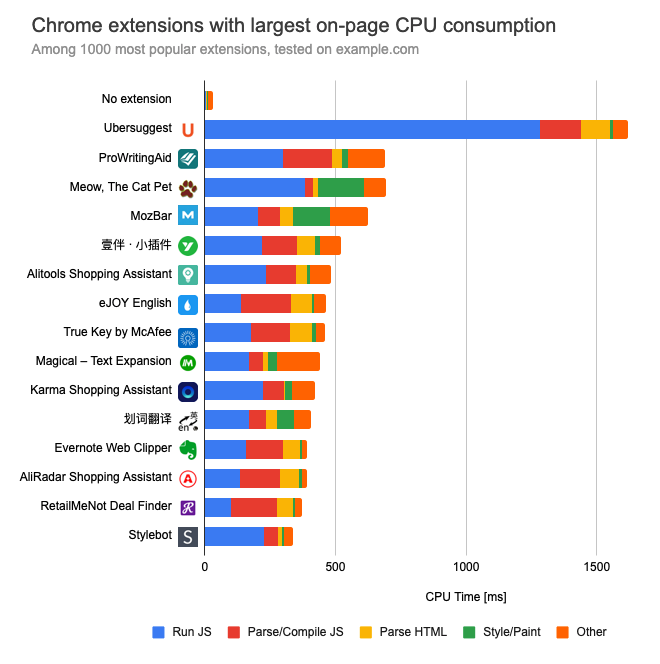 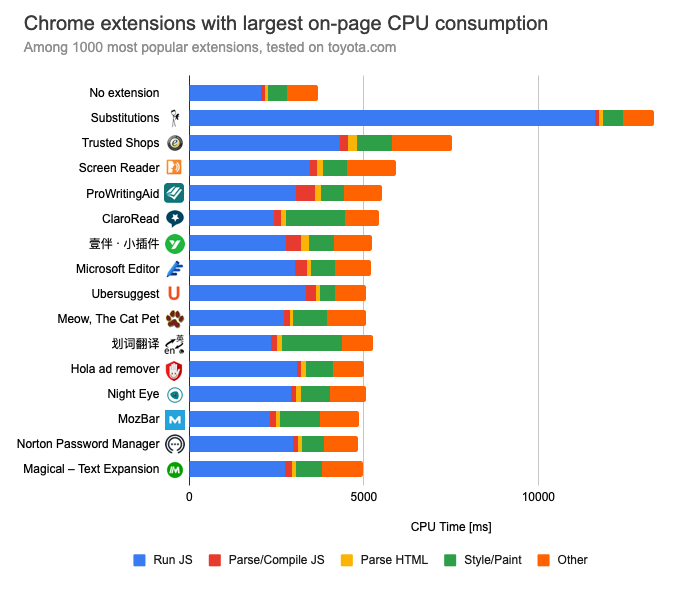 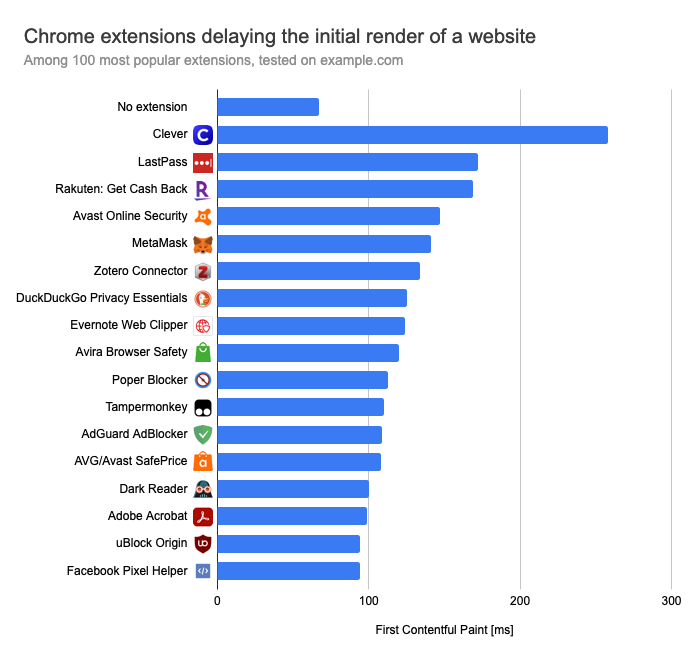 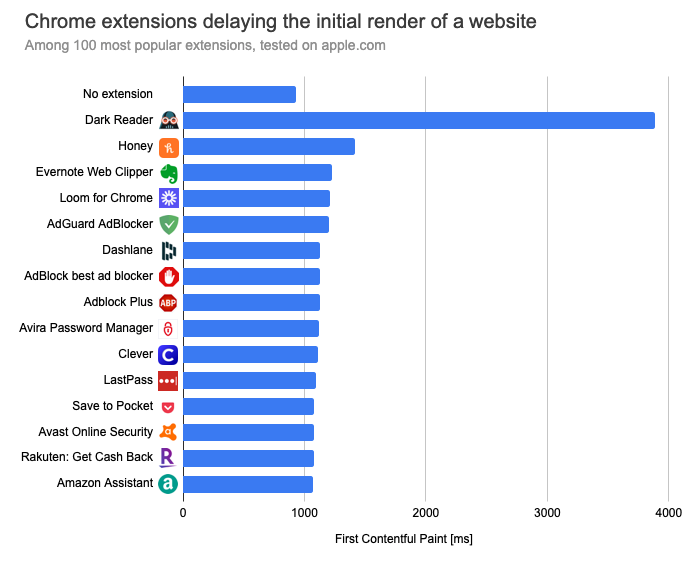 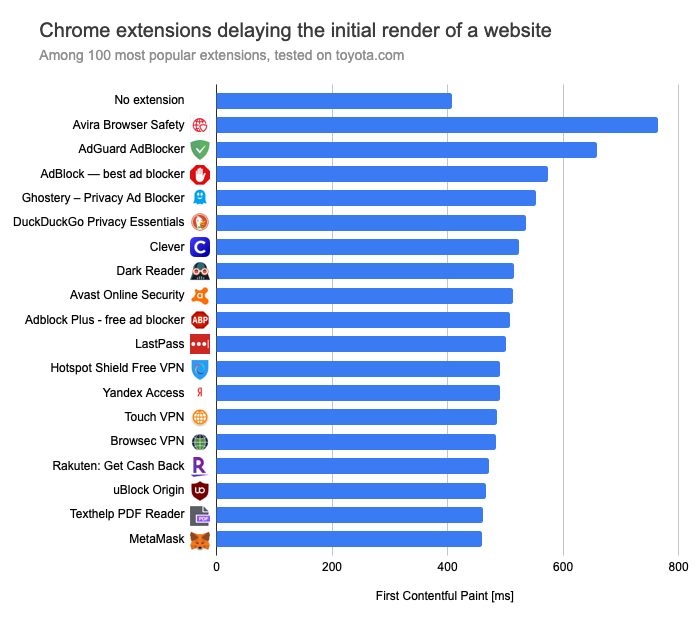 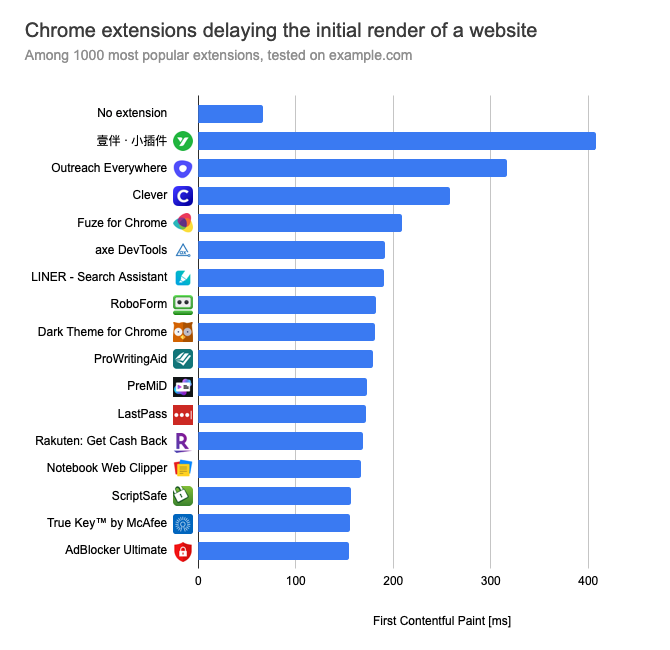 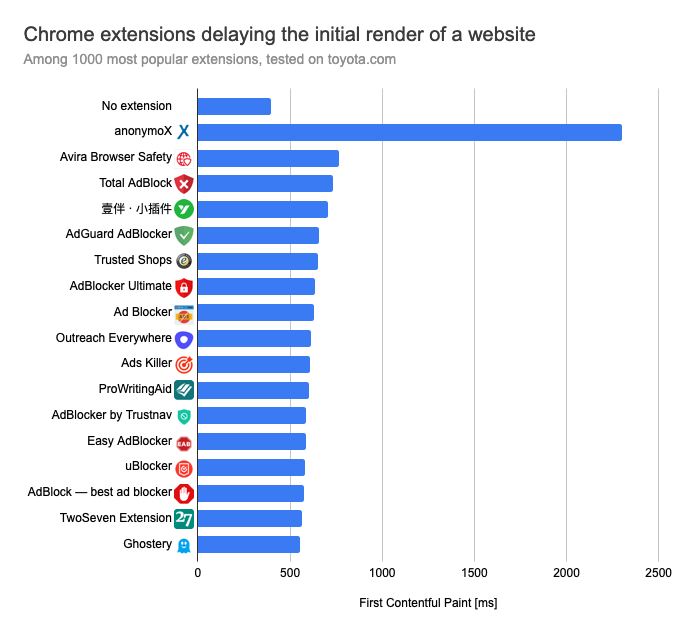 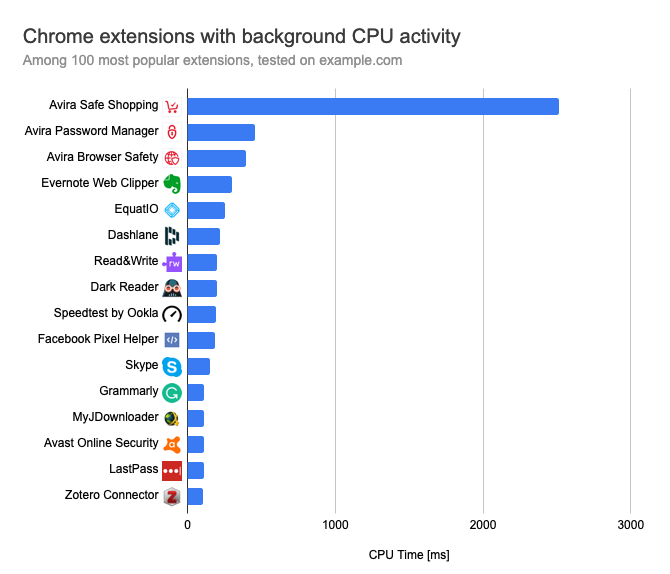 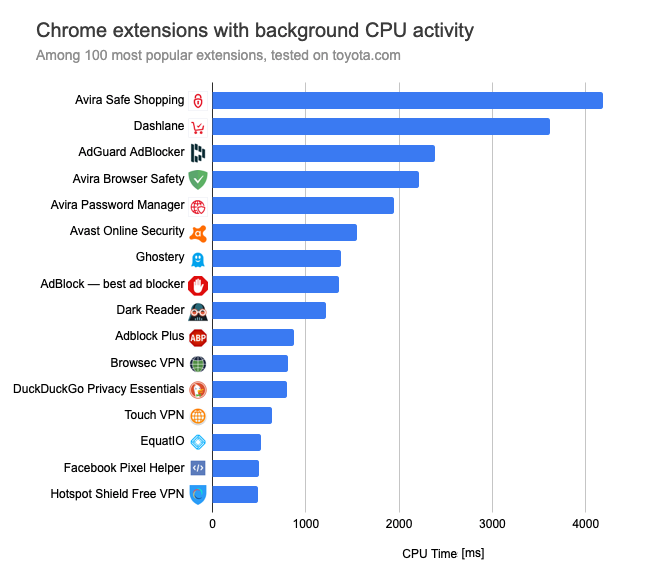 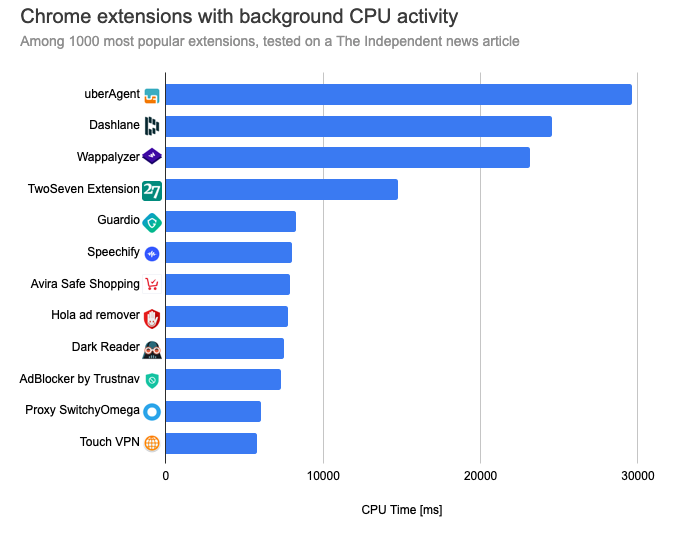 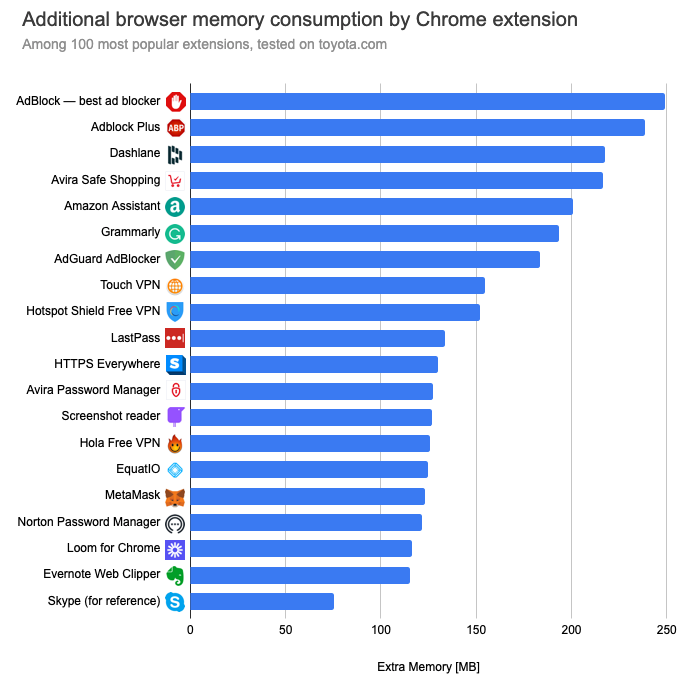 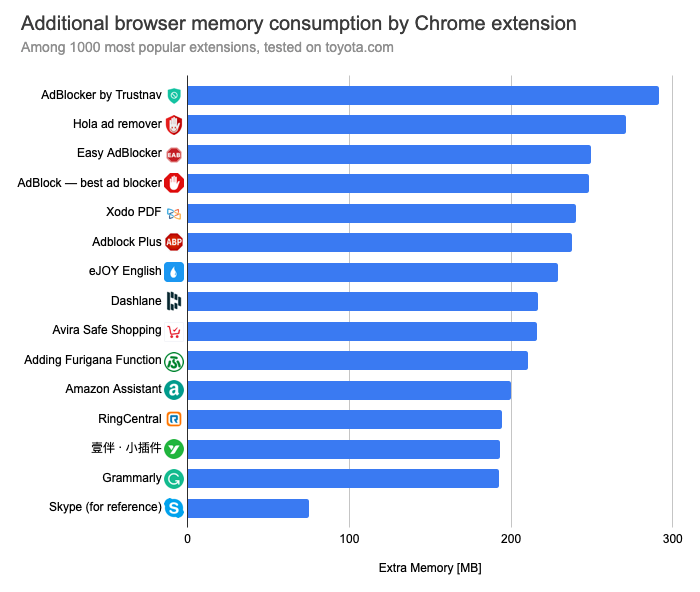 How do ad blockers and privacy tools affect browser performance? 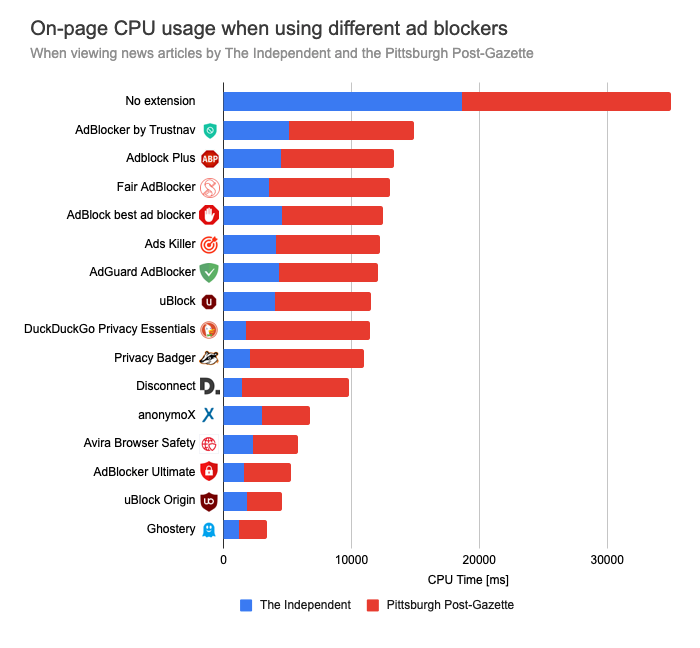 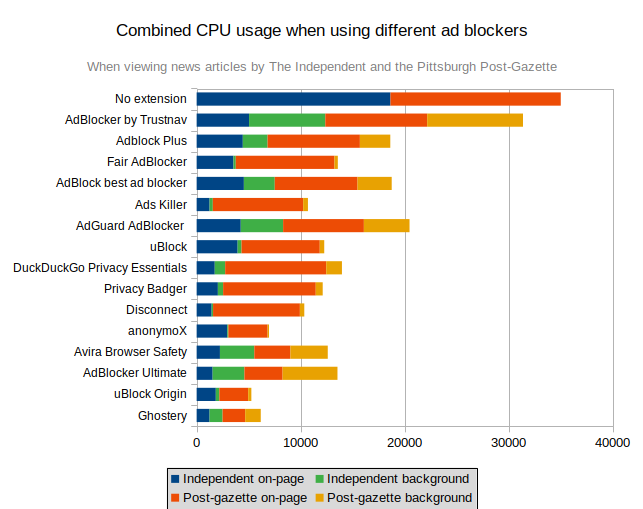 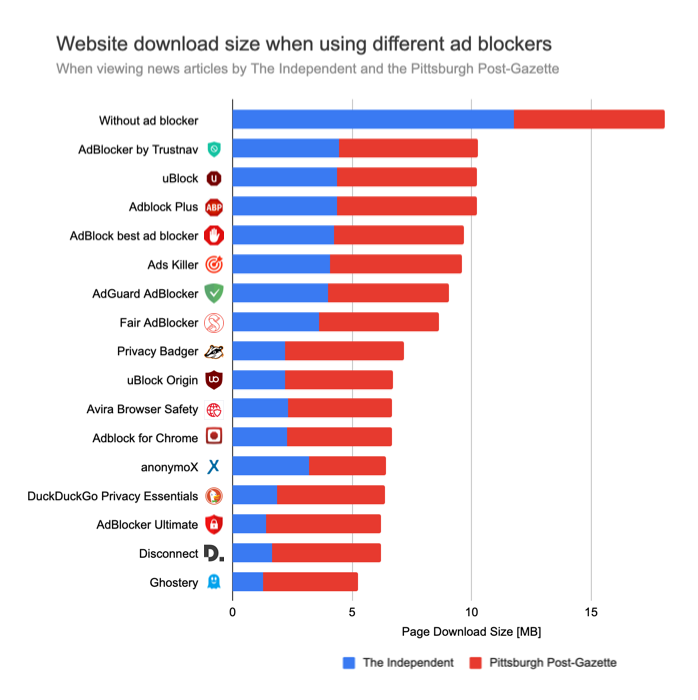 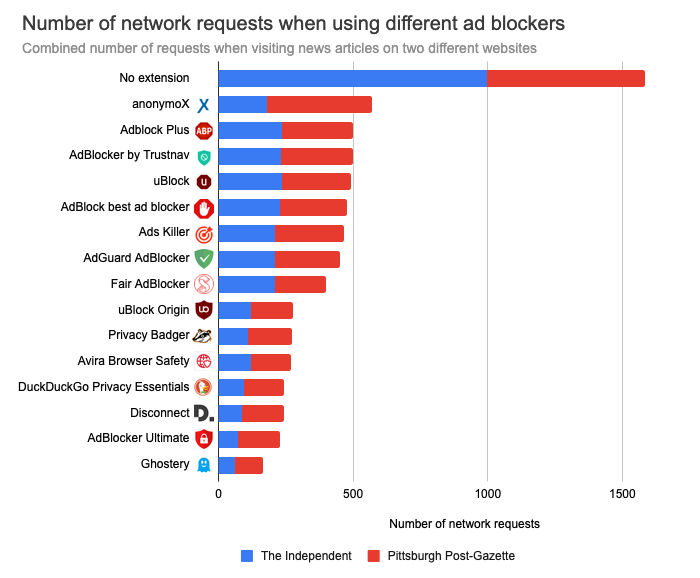 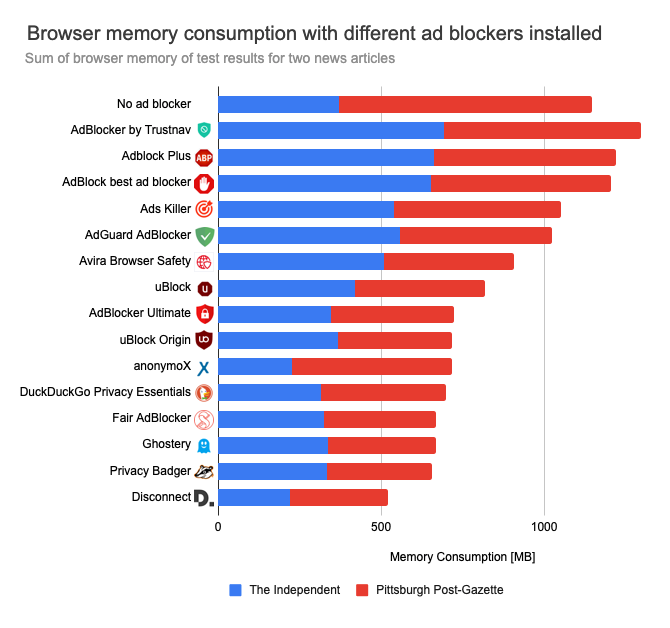 What happens if I have more than one extension installed? 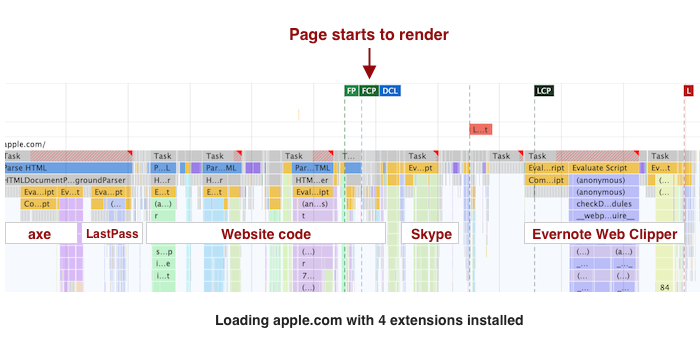 How do these browser performance results compare to last year's? 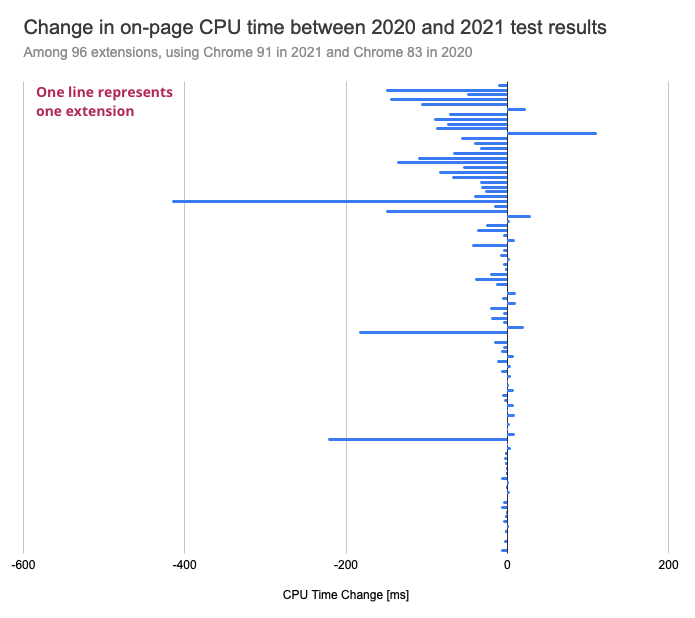 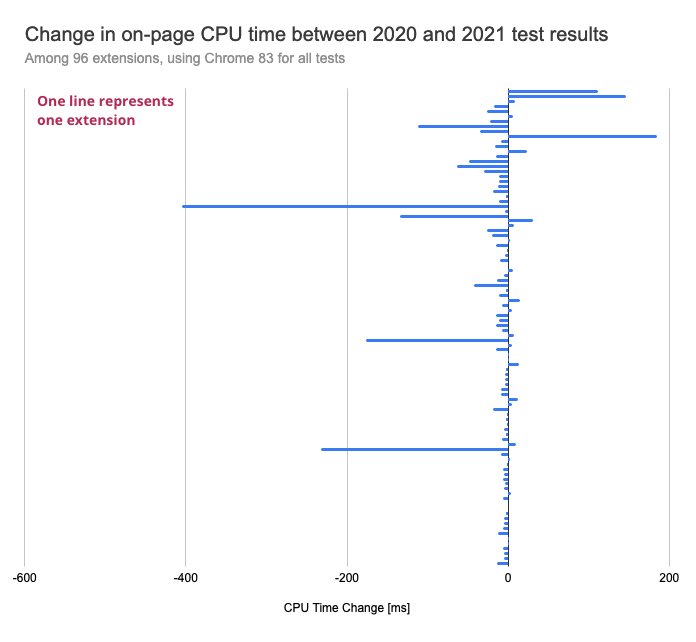 A look at individual extensions 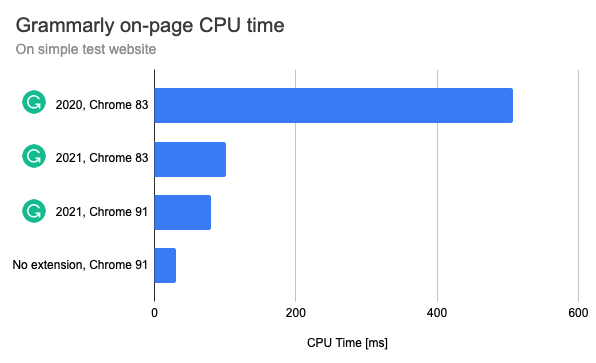 Regression in Save to Pocket 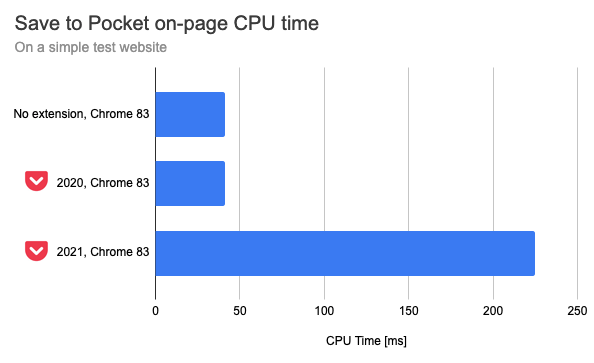 Look up the performance impact of a specific extension 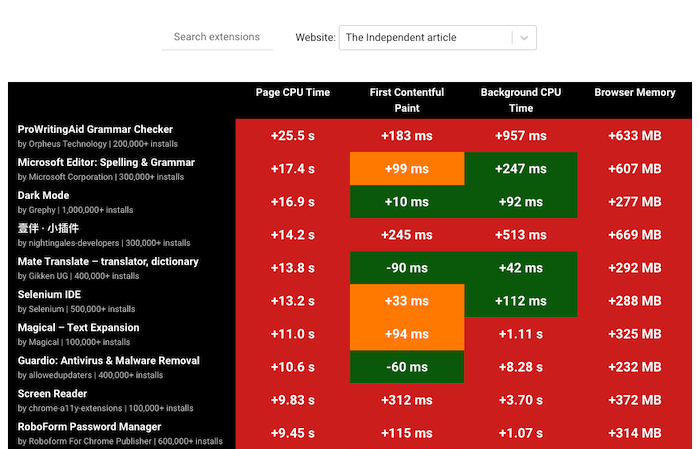