For each of these metrics, Google defined thresholds that websites have to meet in order to get SEO benefits. A website that doesn't pass the Core Web Vitals can drop in search rankings.

This article looks into which of these metrics is hardest to pass and causes the most problems for websites. 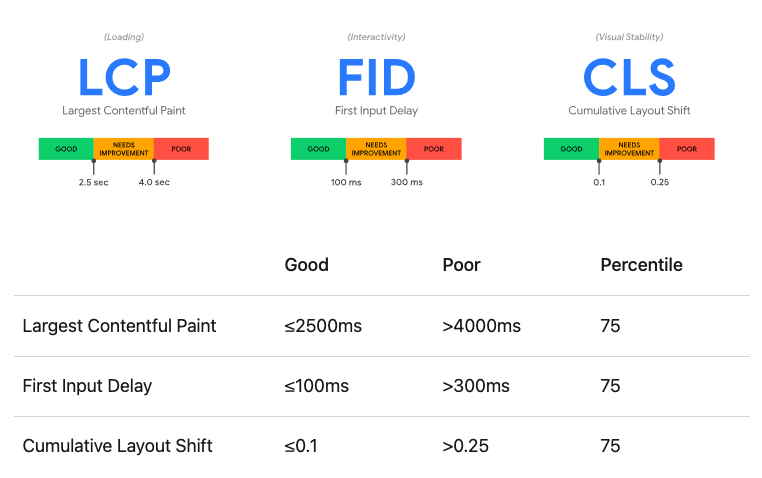 Which of the Core Web Vitals is hardest to pass?​

This data shows that the Largest Contentful Paint metric is the hardest to pass. On mobile, less than half of websites provide a good LCP experience at least 75% of the time.

The Cumulative Layout Shift metrics is the second hardest to pass. Interestingly, it's also the only metric that's better on mobile than on desktop. Usually performance metrics are worse on mobile devices, as they tend to have less powerful processors and slower network connections. However, this is not the case for CLS as it looks at layout changes rather than load time.

First Input Delay rarely causes sites to fail the Core Web Vitals. Even on mobile only 9.5% of sites fail this metric.

What percentage of sites pass the Core Web Vitals?​

Significantly less than half of all websites pass the Web Vitals.

However, it is important to keep in mind that Google won't penalize the whole site if Core Web Vitals are poor overall.

Instead, Google puts similar pages on a website into groups and assesses the Core Web Vitals for the group rather than for the whole website.

For example, take a site that contains both a relatively slow interactive JavaScript application and fast interactive content pages. Even if the site as a whole doesn't pass the web vitals, you should still expect the SEO-relevant content to rank well.

The data we looked at in this post all refers to origin-level metrics.

First Contentful Paint is a web vitals metric, but it's not one of the Core Web Vitals that impact rankings.

It actually has an even lower pass rate than the Largest Contentful Paint.